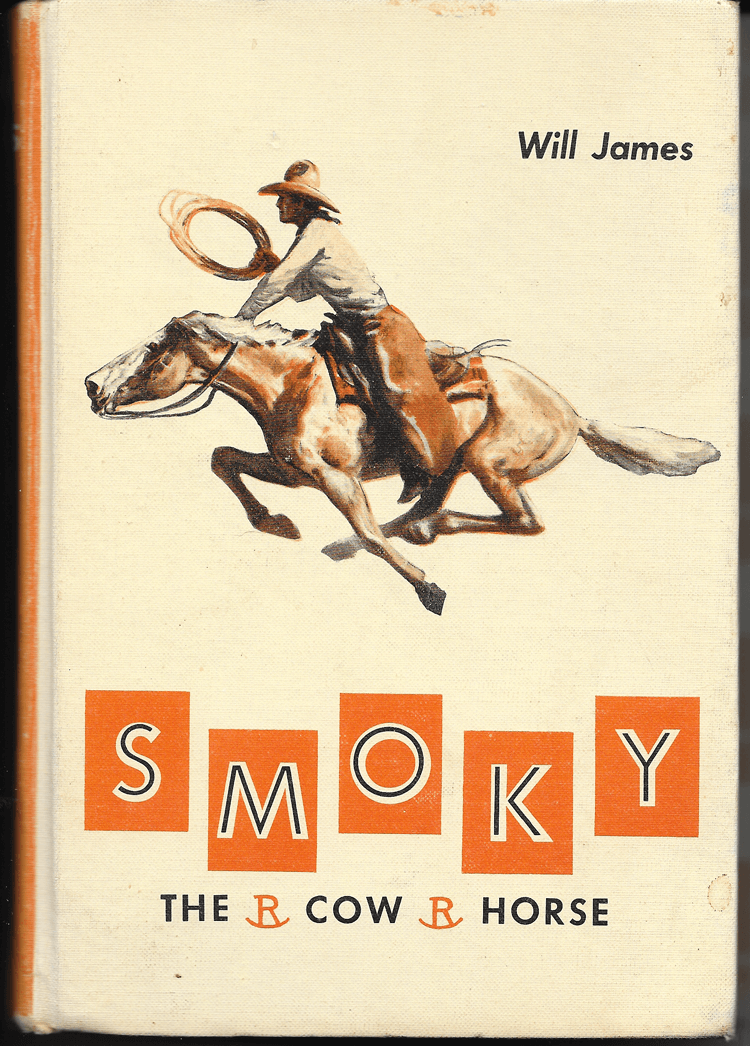 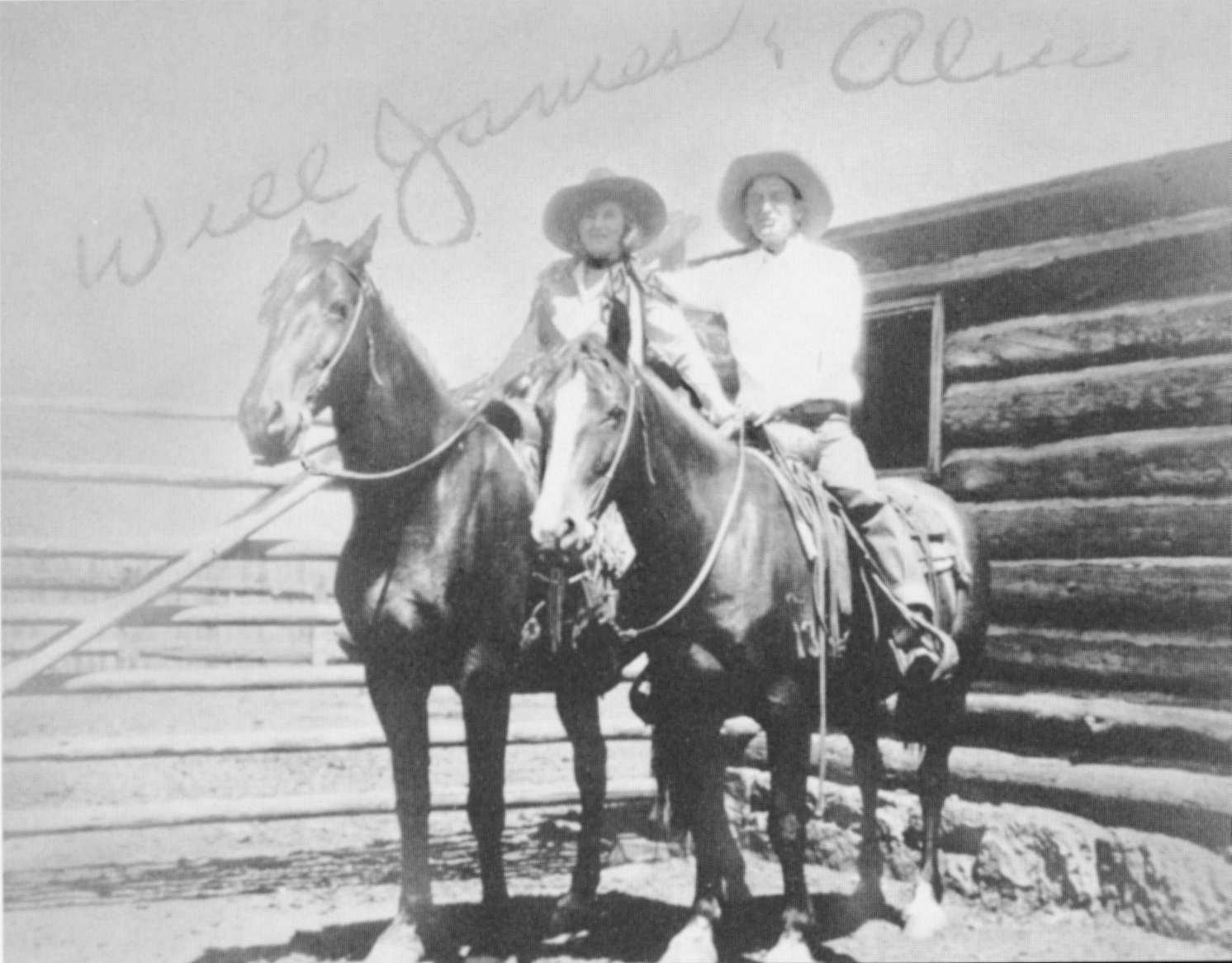 Alice and Will on their good horses at the Rockin' R 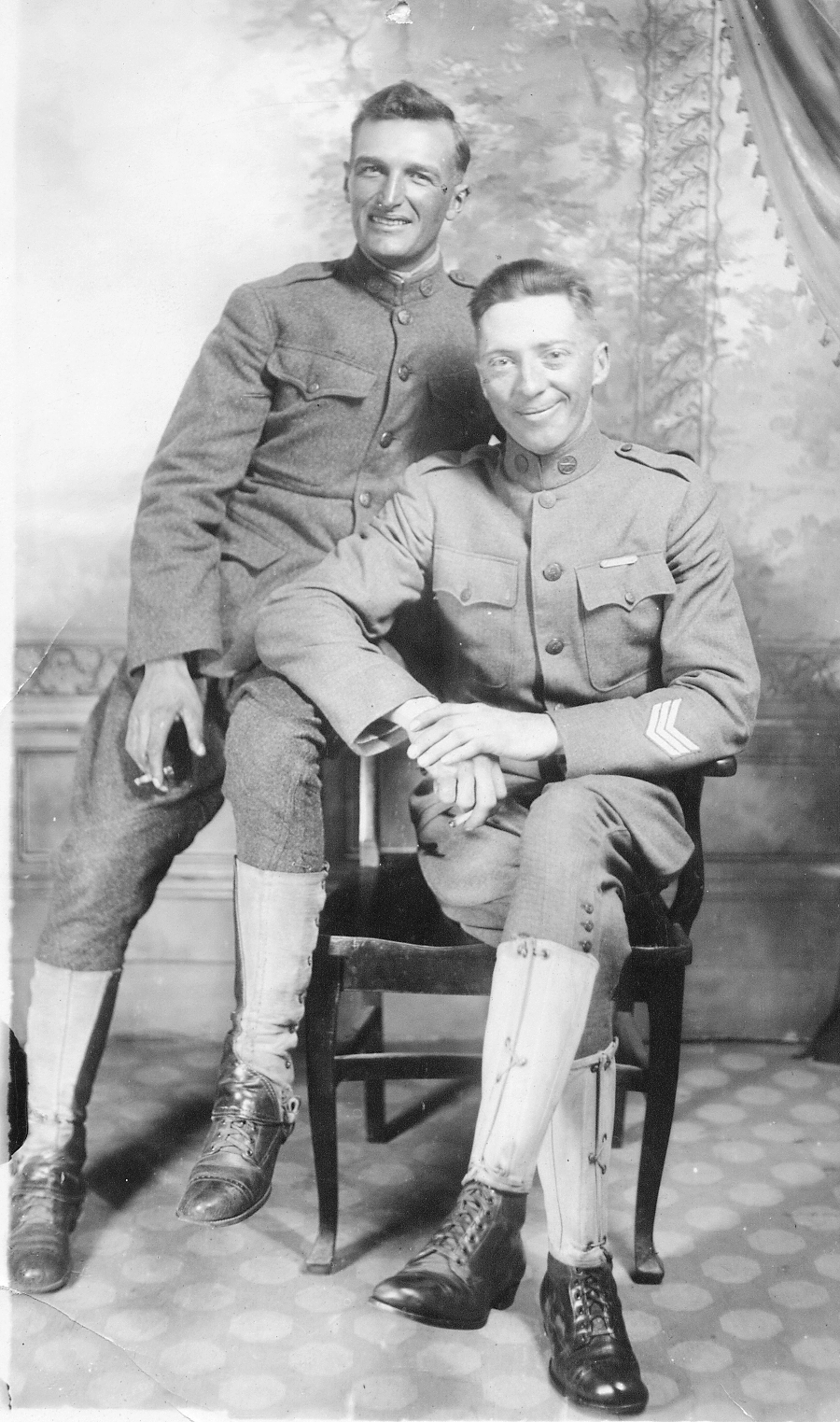 (Military photo) Will James on left 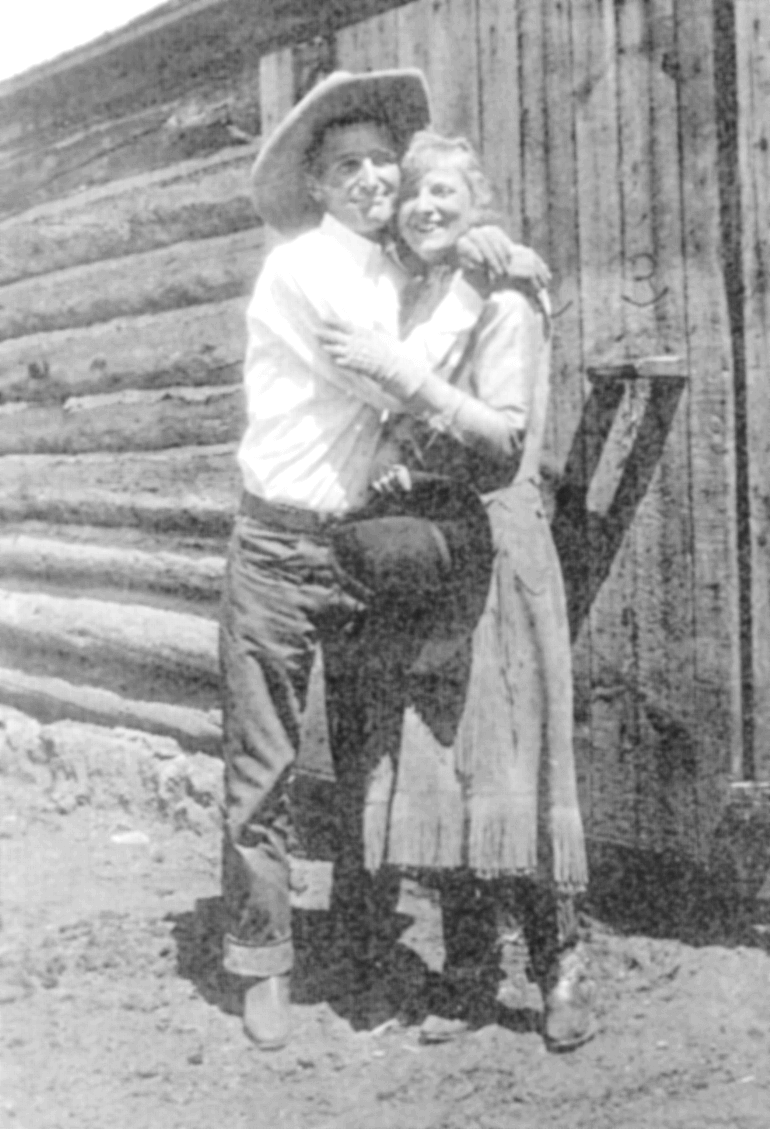 Born in a remote village of the Province of Quebec, Will James is a French Canadian whose birth name was Joseph Ernest Nephtali Dufault. As a youth he longed to become a cowboy. In 1907, at the age of 15, he left home to live his dream in Western Canada. Even way back then James was always drawing his favorite subject, cowboys and horses anywhere there was something to draw on. After working on farms and ranches in Saskatchewan and Alberta until about 1910, he appears to have become involved in a dispute with the law. The then Ernest Dufault changed his name to William Roderick James and drifted permanently to the United States. He began to capture wild horses for profit and work as a hand for cattle outfits in Montana, Idaho and Nevada. Arrested for cattle rustling, he served 18 months in Nevada State prison from 1914 to 1916.

While in prison he had time to work on his drawings, he was admired for his work and was urged to become an artist.

Several months after his release, while breaking wild horses for a ranch company south of Carson City, Nevada he suffered a severe kick in the jaw by a bronc. He now needed dental work and was told the best Dentists were in Los Angeles, California. While in LA getting dental repairs, he joined the famous Clarence (Fat) Joes Stable late in 1916, becoming a movie stuntman specializing in daring horse action.

Drafted into the Army during World War I, James served as a mounted scout with the 21rst Infantry Regiment along the California - Mexican border. His discharge in 1919 brought him American citizenship. He returned to his cowboy lifestyle but received a near fatal head injury after being thrown by a wild horse just outside of Reno, Nevada.

In 1919 he determined he would give up cowboy life and become a professional artist. In San Francisco he quickly gained success with Sunset Magazine and was first published in January 1920.

James married Alice Conradt in 1920. During these first years as an artist James struggled to make a living and eventually was helped by three well known artists; Maynard Dixon, Harold Schmidt and Charles Dana Gibson, then the editor of Life Magazine.

Finally, in 1923 he combined his talent for drawing cow country action scenes with a superb ability to express himself in the writing style of cowboy vernacular. On speculation, he mailed a short story illustrated with eight drawings to Scribner’s magazine. Four editors rejected the text as “too cowboy” for the magazine, but the art director, J.H. Chapin, prevailed upon Charles Scribner 11 to overrule them. He agreed and the resulting article was well received by readers and critics.

There after Scribner’s probably the most important publisher in American at the time, sought James’ work and he soon had other houses after his stories as well. Scribner’s in 1924 began to publish his stories into books which had instant success again among readers and literary critics.

Scribner’s editor encouraged James to write novels. He did so with his third book, Smoky the Cowhorse, and went on to set the standard for his day. He gained wide approval and fame over the next two decades and saw his books translated into six foreign languages. Will James had twenty-four books published by Scribner before his death in 1942.

In 1991 Will James was inducted into the Nevada Writers Hall of Fame. His third published book, Smoky the Cowhorse, won the coveted Newberry Medal for Children’s Literature in 1927. This book was made into three movie’s and in 1933 the film Smoky the Cowhorse and the novel won the Lewis Carroll Shelf Award, given by the University of Wisconsin 1065.

Will James was living and writing in a cottage on the Godshall Ranch in Victorville, California when he succumbed to cirrhosis of the liver on September 3, 1942.

James was in the company of some great literary people as well as famous artists. This photo was taken in Altadena, California, on January 30 1927. 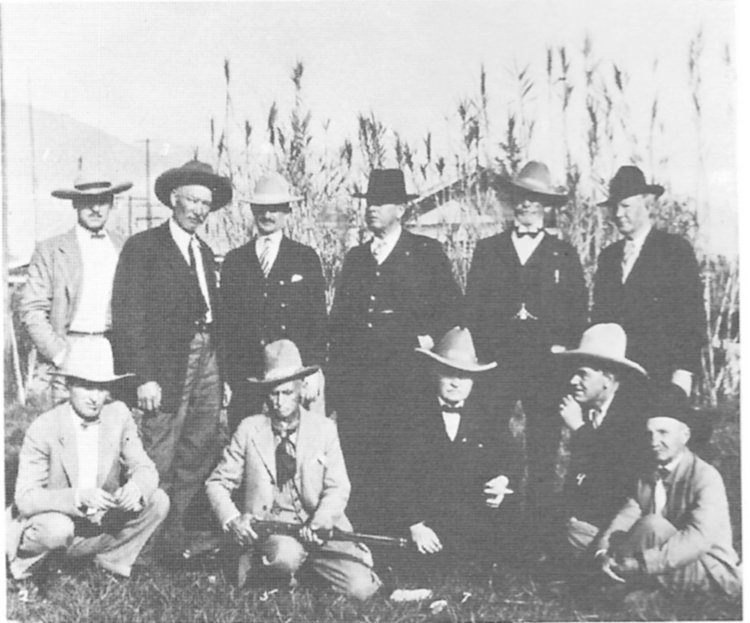 James with writers and artists